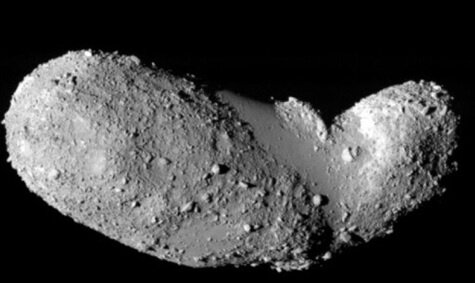 Welcome to KSP Weekly! Fan-favorite astrophysicist, Neil deGrasse Tyson, predicts that the world’s first trillionaire will be an asteroid miner. Asteroids are leftover material from the formation of the solar system and range from around a meter to hundreds of kilometers in diameter. Being the primordial building block of rocky planets, asteroids are very rich in mineral resources. If we are to sustainably keep growing economically and technologically, we will have to look up to this natural resource that has never been touched, is effectively inexhaustible, and has a value large enough to disrupt entire economies. There are three main types of asteroids in our solar system: Type C-type (carbonaceous) are the most abundant, accounting for more than 75 percent of known asteroids. These types of asteroids probably consist of clay and silicate rocks, and are dark in appearance. They are among the most ancient objects in the solar system. S-type (silicaceous) asteroids follow in second place accounting for about 17 percent and are mostly made up of metallic iron mixed with iron- and Magnesium-silicates. Finally, there are M-type (metallic) asteroids, which are composed mainly of nickel, iron and other heavy elements. These are leftover cores of larger asteroids that were destroyed by collisions. If an asteroid is big enough it will undergo a process called differentiation. A process that happens during an asteroid’s formation when the heavier elements sink to its center. Although all these materials are plentiful on Earth, metals in particular are more accessible in asteroids, since the differentiation process happened in Earth as well, putting most of those valuable resources deep within our planet’s core.

Asteroid mining is not a simple endeavor: it would take years of work by dedicated engineers and scientists and billions of dollars to extract useful and profitable asteroid material. While all asteroids are potentially profitable, the right combination of valuable contents, mission essential resources, and accessibility is key. A perfect asteroid to mine has a decent amount of water, a high abundance of valuable materials, and is large enough to be worth the effort and accessible by an economical spacecraft. With this in mind, the first asteroid miners will probably look for a near-earth asteroid. Identifying the ERO (Easily Recoverable Object) is the current focus of effort of companies like Planetary Resources and Deep Space Industries, who are developing robotic prospector spacecraft for this purpose.

The extraction of platinum group elements and rare earths from asteroids might be the most lucrative. Both are essential in the production of electronic components, batteries and fuel cells, magnets, as chemical catalysts and reagents, and a huge range of advanced materials. Iron, nickel, aluminum and titanium, on the other hand might not be cost effective to bring back to Earth, but could be useful for the mining process itself as it could go into building infrastructure in space, including more asteroid mining facilities. Water is also abundant in asteroids, which can be dissociated into hydrogen and oxygen, becoming rocket fuel. In the long haul, there are even proposals to farm on asteroids, as it could end up being more cost efficient to provide food for long term missions, and “c-type” asteroids are known to be packed with organic compounds and soluble nutrients.

Once the enterprise proves to be profitable, we could see a real development and economic explosion, and maybe in a few decades there will be various mining outposts in the Asteroid Belt. Kerbals realized this a while ago and Kerbodyne even developed the “Drill-O-Matic” Mining Excavator with this in mind. How many asteroids have you mined so far?

This week the team focused mainly on bug-fixing tasks. With the help of the community, the focus group team and QA testing teams identified various issues that needed attention and several have been solved and are ready to be merged into an upcoming patch.

Some solved issues are related to Steam Workshop. We talked about a couple of them last week, and in the past few days, the team managed to solve a couple more, among which there was a bug that prevented some ships from being selected in the VAB Steam Tab, forcing players to subscribe via the Steam Workshop page. There was another one that impeded the prompt update of Steam item statuses or showed incorrect information. Although a part of the problem can be attributed to delays with remote servers, there was indeed a conflict that was luckily identified and corrected.

Likewise, the team also solved some Making History Expansion issues. Among these, the team fixed a bug related to the Mission Award system, which prevented the “Boldly Going” award to show up and caused the “Homesick” award to appear when it shouldn’t. The problem for this one was that the node distance checking never started because it asked the vessel to launch, then land, and then launch again in order to meet a certain distance from the target. Additionally, the team fixed a NullReferenceException issue that was triggered after using “Vessel Explode” node on an unfocused craft within physics range, as well as a bug that prevented users to delete missions from the in-game interface. The “Landed Vessel” node also presented some issues, as it didn’t mark the node completion when some facilities were set as the landing location.

Moreover, we managed to fix a bug that froze the game when the Mini Settings window was closed using the “Esc” key. Similarly, there was a game freeze problem that occurred when certain node connection configuration was made and the mission was saved in that state.

Issues related to the base game were also addressed. For instance, and as requested by the community, we adjusted the offset engine shrouds. Coupled with that, within the technology tree some part icons weren’t being displayed correctly. That’s fixed now too. Some of you might have also encountered a bug that made your crafts immediately float away and off the surface when loading into the Exploring Gilly scenario. That was solved as well.

There were some wheel related issues looked into as well. One of which caused landed vessels to jump when rovers attempted to dock with them. In like manner, a bug that caused wheel suspensions to explode when two vessels attempted to dock was fixed. Work was put into improving suspension and wheel performance particularly oscillations, bouncing and overloaded wheels.

Parallel to our work, BlitWorks has continued their maintenance work on KSP Enhanced Edition. Our testers have been continuously testing builds and helping to ensure that we can pack as many fixes and adjustments needed in these versions. We know it has taken us a while to release this patch, but it’ll be worth the wait.